YES!!! This is the weekend I have wanted to get into since I started doing the Box Office Predictions, get ready for an epic win and an epic fail. The two new releases, first is Despicable Me 2 an animated children’s film following a massively successful first instalment with mass family appeal and big tracking numbers, and the second release is The Lone Ranger which haha should be fun to watch (not for Disney) so how will this unbelievably bloated excuse for a blockbuster do? The returning films The Heat and White House Down won’t be bothered too much this weekend but how much lower can they go and Monsters University should take whopping drop with the release of its biggest Competition Despicable Me 2. Will I get the numbers spot on? Will your predictions beat mine? Well the only way to find out is to read this prediction post and the results on Monday and go watch some movies, now to the breakdowns.

Last weekend we had some surprises, some did well others really didn’t. The Heat did well last weekend with respectable numbers and with no new competition am predicting $18M. White House Down is never seeing that $150M again with bad reviews and low numbers last weekend I’d look for a drop of 60% at $11M. World War Z seems to hold on pretty well so far and I don’t see any reason it should drop too much, am predicting $14M. 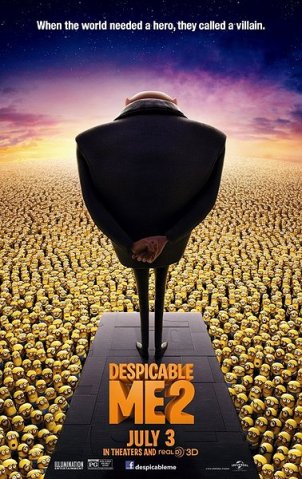 Universal Pictures and Illumination Entertainment’s worldwide blockbuster Despicable Me entertained audiences around the globe in 2010, grossing more than $540 million and becoming the 10th-biggest animated motion picture in U.S. history. In summer 2013, get ready for more Minion madness in Despicable Me 2.

Only a fool would bet against this film doing well this weekend. I’ve heard the lowest prediction around $60M and the highest at $120M but anything above $70M and they’ve made their money back. The first film made $56M and did amazingly well internationally so expect big money for this film over the summer. World Wide this film could get close to $1B but that’s a stretch. The real question is whether it beats Monsters University’s opening weekend of $82M. My prediction is that it will beat it with $110M. It could make more though and the 5 day weekend is a little weird to predict but let’s say $170. 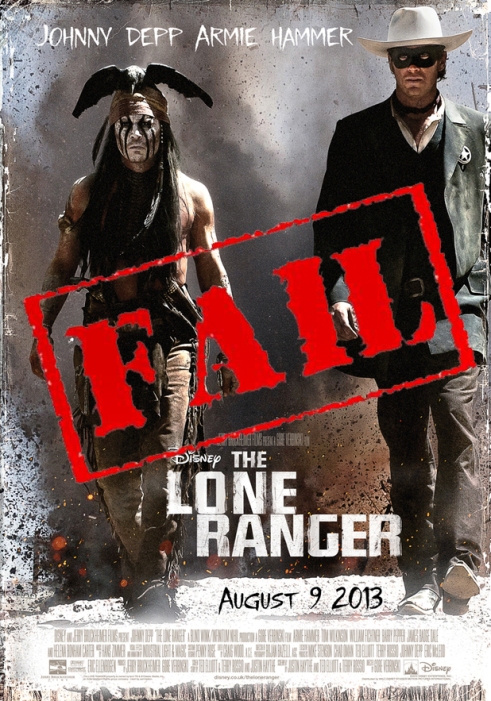 From producer Jerry Bruckheimer and director Gore Verbinski, the filmmaking team behind the blockbuster “Pirates of the Caribbean” franchise, comes Disney/ Jerry Bruckheimer Films’ “The Lone Ranger,” a thrilling adventure infused with action and humor, in which the famed masked hero is brought to life through new eyes. Native American spirit warrior Tonto (Johnny Depp) recounts the untold tales that transformed John Reid (Armie Hammer), a man of the law, into a legend of justice-taking the audience on a runaway train of epic surprises and humorous friction as the two unlikely heroes must learn to work together and fight against greed and corruption.

Why does Disney have giant bloated flop in their business plan? Pulling a John Carter this year we have Disney’s largest budgeted film The Lone Ranger. Actually John Carter being a Sci-Fi film made its money back thanks to ok international earnings, but you know what genre of film doesn’t make a dime outside of the US? Westerns. So with that in mind how much will this film need to make in its opening weekend to eventually make its money back? Well I figured it’s about $80+M. HAHAHAHA! It’s not going to get close to that in the 5 day weekend let alone the 3 day weekend. John Carter made $30M in its first weekend and the only thing stopping it being that bad is Jonny Depp and schools out. My prediction is $35M and for the 5 day weekend $55M.

Well that’s my views. Now what do you think about this weekend and its new releases?